It’s not very often that Chelsea fans hear that club owner RomanAbramovich is personally involved in transfer talks. However, all that could change after recent reports claimed that the Russian business mogul had participated in talks to bring back former striker Romelu Lukaku.

This is according to a recent report by Eurosport, who claims that although his club allowed Lukaku to leave in 2014, Abramovich has remained a staunch admirer of the Belgium international.

Currently plying his trade with the Italian team of Inter Milan, Lukaku would constitute a third of the list of the three players selected for the summer of Chelsea.

However, with Dortmund demanding megabucks for Haaland and Tottenham Hotspur notoriously reluctant to sell to Chelsea, Lukaku is seen as the more realistic target of the three. 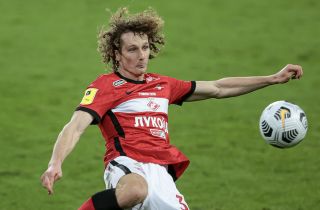 It has been claimed that in an attempt to lure him to Stamford Bridge, seven years after his departure, Abramovich recently got involved in transfer negotiations which would make the Belgium international the club’s highest-paid player.