Why the Quad Summit was a strategic success

For the Biden administration, reeling from a string of recent foreign policy setbacks, last week’s Quad summit, in which US President Joe Biden was joined in the White House by Prime Ministers Yoshihide Suga of Japan , Narendra Modi from India and Scott Morrison from Australia: Refocusing attention on a key priority: strengthening alliances in a context of increased strategic competition between democracy and autocracy.

After the summit, the leaders issued a joint statement affirming their common values ​​and commitment to upholding an open and rules-based order. While its specific results – cooperative agreements on COVID-19 vaccines and strengthening semiconductor supply chains, as well as establishing a scholarship program – may have been relatively modest, the summit did successfully laid the groundwork for advancing three US strategic goals: fighting China, aligning India and revitalizing alliances.

The summit amplified consensus among U.S. allies and partners in the Indo-Pacific on the need to stand up to Beijing, signaling that members are ready to act collectively to safeguard the rules-based international order. Without explicitly mentioning China, Quad leaders underscored their shared commitment to “the rule of law, freedom of navigation and overflight, peaceful settlement of disputes, democratic values ​​and the territorial integrity of states.” – all sharp references to areas in which Beijing seeks to challenge the status quo.

The meeting clearly rocked Beijing: a spokesperson for the Chinese Foreign Ministry denounced the Quad, saying that the formation of “exclusive closed cliques” went against “the trend of the times” and would find “no support “. The focus on technology cooperation, particularly with respect to semiconductor supply chains, could give the group increased visibility as its members seek to gain an edge in a critical area of ​​strategic competition. with Beijing.

The summit also reinforced the gradual shift in foreign policy from India to the United States and the West. For decades, New Delhi has clung to its non-aligned status, displaying a reluctance to take sides amid major power rivalries. But in recent years, its strategic posture has started to change. The fact that Modi chose to attend such a prestigious summit alongside the leaders of other major democracies shows how far India has come in terms of global orientation. In his remarks, Modi emphasized “shared democratic values” and the Quad’s role as a “force for global good”.

Yet while its interest in countering China has brought it closer to the West, India continues to cover itself, maintaining close political and military ties with Russia despite Moscow’s efforts to undermine Western democracies and expand its reach. booming strategic axis with Beijing. Much more will be needed to cement India’s emerging realignment. The summit’s early focus on vaccine cooperation and technology supply chains could prove to be important over time, creating patterns of cooperation on separate issues while giving India’s domestic industries greater participation. to the success of the Quad.

With its images of united Indo-Pacific leaders facing a common strategic challenge, the summit provided a dramatic counterpoint to those suggesting the United States is no longer willing to lead. In the aftermath of the withdrawal from Afghanistan and the fallout from the AUKUS deal in which Australia canceled an agreement with France to buy American nuclear submarines instead, the summit demonstrated that Washington remains ready to work closely with its allies and to meet global challenges. . But with Europe left aside, the summit also risked playing on perceptions, amplified by AUKUS, that the administration was sidelining its traditional European partners. Europe is clearly keen to engage in the Indo-Pacific: British Prime Minister Boris Johnson has even mentioned the prospect of joining the Quad. While they may harbor different views, it is in the interests of the United States to engage its transatlantic allies on a common China approach, even as they seek to deepen cooperation with Indo partners. -pacific.

The Quad recognized Europe’s interests in the region, saying it “welcomed” the recent proposal for the European Union’s strategy for the Indo-Pacific. But the United States should resist efforts to expand the group. Its cohesive membership, based on a core group of democracies with a geographic link and strong shared concerns about China, is advantageous, and rapid expansion could complicate efforts to move forward on specific issues. Instead, the Biden administration should establish a separate coalition that brings together the major transatlantic and Indo-Pacific democracies under a common umbrella to formulate a common approach to advancing a free and open Indo-Pacific. The concept of a D-10 – which Johnson brought up last week during his White House meeting with Biden – could be appealing as a way to bring such a coalition to life.

In the wake of the Malabar naval exercises near Guam in August, which included forces from Quad nations, the message is clear:, climate change and trade towards technology, security and defense, to counter a China in full swing. boom.

It remains to be seen whether this can produce meaningful cooperation in specific areas. But the Quad has come a long way since its inception as a fledgling security dialogue in 2007, and the summit has managed to cement the group as a key part of the United States’ strategic engagement in the Indo-Pacific.

Ash Jain is Director of Democratic Order at the Scowcroft Center for Strategy and Security and a former member of the State Department’s policy planning staff. 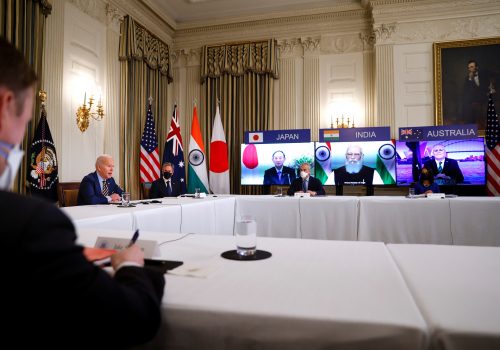 US President Joe Biden is expected to host a first in-person Quad meeting on September 24, 2021, attended by Australia, India and Japan. Experts from the South Asia Center respond to the meeting and provide insight into what to expect. 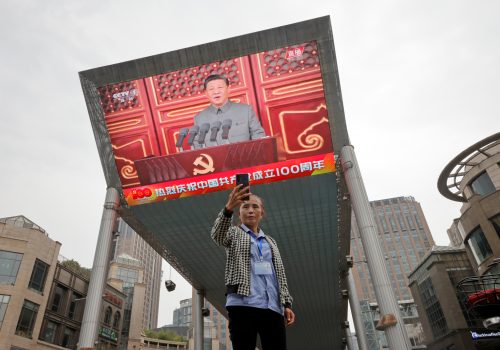 The free world against China and its friends: that’s ideology, stupid

As the Chinese Communist Party celebrates its 100th anniversary, the United States must accentuate the ideological contrast. For a nation conceived as an idea, the refusal to lead with the force of ideas is not only improper, it is doomed to failure.